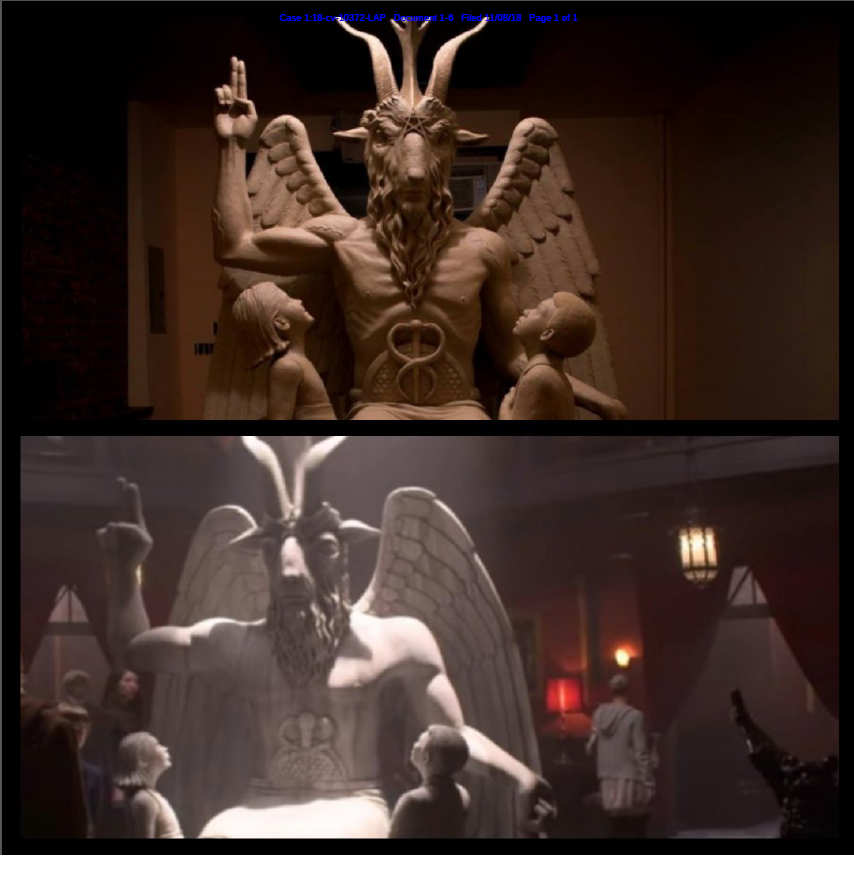 While the images of Baphomet are similar, the similarities can be attributed to a drawing  of Baphomet by a 19th-century French occultist named Eliphas Levi. However a distinctive detail added by Mark Porter are two adoring children, a feature in Netflix’s version as well.

According to Rolling Stone, The Satanic Temple send a cease and desist letter, demanding action by November 9, 2018, but then jumped the gun and filed suit on the 8th.  But then again, who really trusts Satan?