Reverse engineering (now does the title make sense?) is a common and legitimate business practice.  The recent federal Defend Trade Secrets Act specifically excludes reverse engineering from the definition of misappropriation.  18 USC §1839(6) (“the term ‘improper means’ . . . (B) does not include reverse  engineering.”).   While the Uniform Trade Secrets Act (some form of which is in force in 48 states and the District of Colombia) does not expressly mention reverse engineering, the Comments to Section 1 adopt the Restatement of Torts position that “Discovery by ‘reverse engineering’, that is, by starting with the known product and working backward to find the method by which it was developed” is not an improper means of acquiring a trade secret (provided the acquisition of the product was by a fair and honest means).

Thus if an unpatented product is acquired legally, and there is no enforceable promise not to reverse engineer, the owner of the product is free to analyze and copy the product.   Some courts have enforced  “no reverse engineering” clauses[1].  However after Impression Products, Inc. v. v. Lexmark International, Inc,  such restrictions may not be enforceable beyond the first purchaser, and in any event, at least some courts have found such “no reverse engineering” clauses unenforceable, for example where they interfere with the fair use of computer software.[2]

Photographer TC Reiner sued Watkins Institute and one of its students Ryon Nishimori for copyright infringement when Nishimori incorporated one of Reiner’s copyrighted photographs into a mock advertisement for a classroom assignment, and saved his work on Flickr, along the way removing Reiner’s copyright notice to improve the appearance of the mock advertisement and giving rise to a DMCA claim as well. 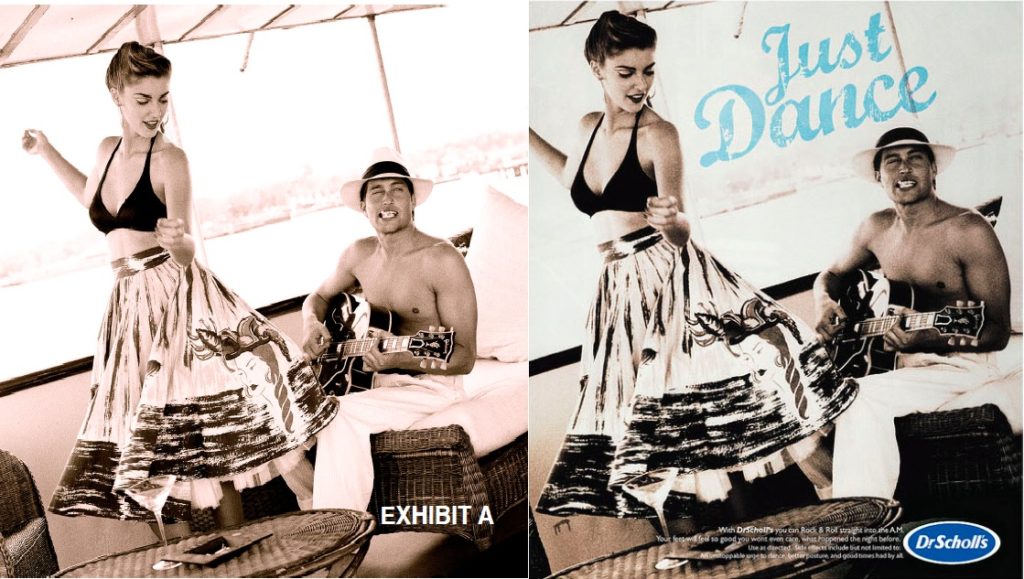 Fortunately for the school and the student, the court granted summary judgment that the uses were a fair use under 17 U.S.C. §107.  The Court examined each of the four factors enumerated in the statute:

In evaluating the second factor, the nature of the copyrighted work weighs slightly against finding fair use. Courts consider two aspects of the work in evaluating this factor: first, the extent to which it is a creative work enjoying broader copyright protection as opposed to a factual work requiring broader dissemination, and second, whether it is unpublished, in which case the right of first publication is implicated.

In evaluating the third factor, the amount and substantiality of the portion used in relation to the copyrighted work as a whole also weighs against finding fair use because defendants used Reiner’s entire photograph.

In evaluating the fourth factor, the court said that the burden of proof as to the market effect rests with the Reiner where the challenged use is of a noncommercial educational nature.  The court found a complete absence of proof of any impact on the market for the work.

After weighing all the factors in the light consistent with the purpose of the fair use doctrine, the Court conclude that the school’s educational use of the photograph was fair use.  The court made a similar conclusion with respect to Nishimori’s uses.  Finally, the court found that a DMCA requires knowing or having reasonable grounds to know that removal of Reiner’s copyright notice will induce, enable, facilitate, or conceal an infringement of the federal copyright laws.  The Court said it was undisputed the Nishimori did not know or have reasonable grounds to know that removing Reiner’s name, the name of the photograph, or the copyright tracking number, would induce, enable, facilitate, infringement, and thus did not violate 17 U.S.C. §1202(b)(1).

In the end, the fair use exception of 17 U.S.C. §107 protected the school and its student from liability for using a copyrighted photograph in an academic assignment, but it did not save them from just over two years of litigation, and the accompanying costs.  Just because a use qualifies as a fair use, does mean you are going to be treated fairly.

A common client question is: “Can I ‘get in trouble’ for copying a picture, drawing, or cartoon and pasting it into my report, PowerPoint, etc.?”  Before you can answer, they try to answer their own question adding “everyone is doing it, so it must be ok”.  That answer is only half right — everyone is doing it.  It is so easy to copy <CTRL> C and paste <CTRL> V virtually anything you can find in a Google search, and add that extra something to your soporific presentation that only a cat video or epic fail image can provide.

However copying is copying, an fair use does not extend as far as every PowerPoint maestro believes (or hopes) it does. This was most recently illustrated by in a lawsuit filed in the Northern District of Illinois by David Kittos against the Trump Campaign, complaining about their use of his photograph of a bowl of skittles to illustrate a tweet send by Donald Trump, Jr., and retweeted by the campaign, infringed his copyright.

Assuming that getting sued meets the threshold for the original “get in trouble” question posed at the beginning of this post, the answer to that question is a resounding “yes,” you can get in trouble for copying other people’s work, even if the leave it carelessly lying around on the internet.  The likelihood of getting in trouble depends upon whether the author of the copied work finds out about it, and whether the author objects to the use.  If your last name is Trump, the answer is almost always going to be “yes” and “yes,” but even if your name is not as famous, if you are copying someone’s work for a business or commercial purpose, there is a chance they will find out about it, and a chance they are not going to appreciate it.

You may have a fair use defense — just as Donald Jr. may have — but you may not be in a good a position to assert it.  When copying and pasting materials in your work, look for materials you created or materials that are in the public domain or that you have permission to use.  If you must use copyrighted materials, make sure that you have a bona fide fair use defense (saving your audience from boredom is not such a bona fide fair use).  In other words, control your <CTRL> V.