A federal judge in New York awarded 21 graffiti artists a total of $6.7 million after a jury had found that a developer violated their VARA rights by destroying dozens of their murals at the 5Pointz complex when the owner demolished the buildings for redevelopment in 2014, yet property holder may still need schooling on the Visual Artists Rights Act, which gives artists rights that can interfere with the property owner’s right to use its land as it sees fee.

The most recent lesson is being given by Kyle Holbrook, a artist is suing the City Pittsburgh, its housing authority, the Urban Redevelopment Authority, the Port Authority of Allegheny County and numerous landowners and developers over the destruction of his murals, often as part of redevelopment projects.

This article shows some of the murals that were destroyed, and the redevelopment projects that the destruction permitted:

The problem is not the protection of artists, but the consequences of that protection, of which many property owners seem to be unaware.  The critical thing for property owners to remember is that VARA rights under 17 USC 106A can be waived:

The rights conferred by subsection (a) may not be transferred, but those rights may be waived if the author expressly agrees to such waiver in a written instrument signed by the author. Such instrument shall specifically identify the work, and uses of that work, to which the waiver applies, and the waiver shall apply only to the work and uses so identified. In the case of a joint work prepared by two or more authors, a waiver of rights under this paragraph made by one such author waives such rights for all such authors.

Before allowing original art to be installed on one’s property, the property owner should consider obtaining such a waiver.  Otherwise, future use and development of the property may be impaired.

In 1990 Congress added the Visual Artists Rights Act to the Copyright Law as new Section 106A.  Section 106A provides:

106A Rights of certain authors to attribution and integrity

(a) Rights of Attribution and Integrity.—Subject to section 107 and independent of the exclusive rights provided in section 106, the author of a work of visual art—

(1)shall have the right—

(3)subject to the limitations set forth in section 113(d), shall have the right—

The artwork consists of a variety of sculptural elements constructed from recycled materials, much of it metal, affixed to the walls and ceiling, and a vast mosaic made from pieces of recycled glass embedded in the floor and walls. Elements of the work include a giant hand fashioned from an old school bus, a face made of automobile parts, and a number of interactive components. These assorted elements make up a theme relating to environmental concerns and the significance of recycling. 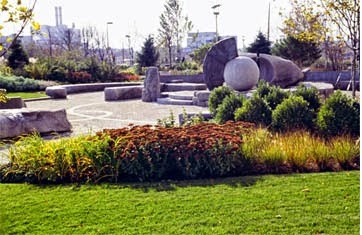 the First Circuit’s determination VARA does not include site-specific art (art that is integrated into a site) allowed a park to be redesigned without VARA liability.
In Chapman Kelley v. Chicago Park District, 635 F.3d 290 (7th Cir. 2011), the Seventh Circuit’s 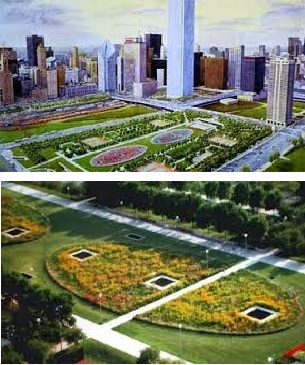 questionable determination that Kelley’s Wildflower Works was not protected by copyright because it was not fixed in a tangible medium, allowed the City to reconfigure Kelley’s oval flower beds into smaller, rectangular beds, and change some of the flowers, without liability under VARA.
In Pavia v. 1120 Avenue of the Americas Associates, 960 F.Supp. 620 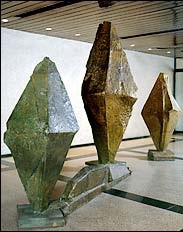 (S.D.N.Y. 2003), the district court held that VARA applied to a sculpture created before its enactment, but not to alleged acts of mutilation that occurred before enactment.  Thus the district court dismissed Philip Pavia’s VARA claims resulting from defendants movement of his “The Ides of March” sculpture from a Hilton Hotel Lobby to a warehouse.
In Pollara v. Seymour, 344 F.3d 265 (2nd Cir. 2003) the Second Circuit’s

determination that a hand-painted banner was not a work of visual art, saved a city employee from liability under VARA for removing the banner, which was installed at public plaza without a permit.
In Massachusetts Museum of Contemporary Art Foundation, Inc. v. Buchel, 593 F.3d 38 [93 U.S.P.Q.2d 1632] (1st Cir. 2010), although the First Circuit found that VARA applied to unfinished art, its determination that neither partially covering the unfinished work with tarpaulins nor displaying the unfinished work in its entirety violated VARA.
In Martin v. City of Indianapolis, 982 F.Supp. 625 (S.D.Ind. 2007), the

district court granted summary judgment to Jan Martin for the city of Indianapolis’ destruction of his Symphony # 1 sculpture after his offers to donate and move the sculpture to another site for a cost of $8000.
In Scott v. Dixon, 309 F.Supp.2d 395 (E.D.N.Y. 2004), the district court 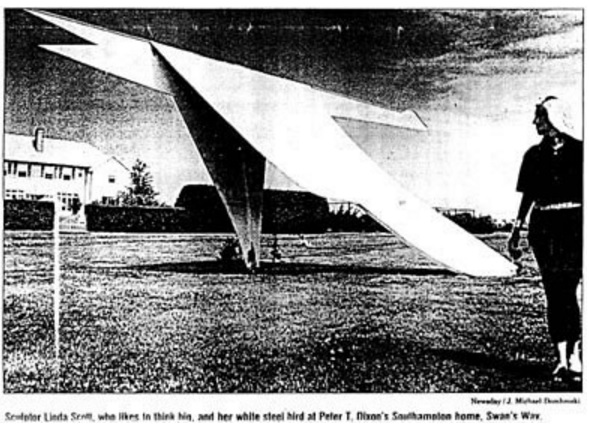 found that Scott’s sculpture of a swan that the Dixons asked Scott to build in their backyard, was not a work of sufficient stature to merit protection under VARA, even though some of her other works may have attained that stature.
In Hunter v. Squirrel Hill Associates, L.P., 413 F.Supp.2d 517 (E.D.Pa. 2005), the district court found that the VARA action brought by the painter of a mural damaged by water leakage against a roof repairer was time-barred.
In Flack v. Friends of Queen Catherine Inc., 139 F.Supp.2d 526 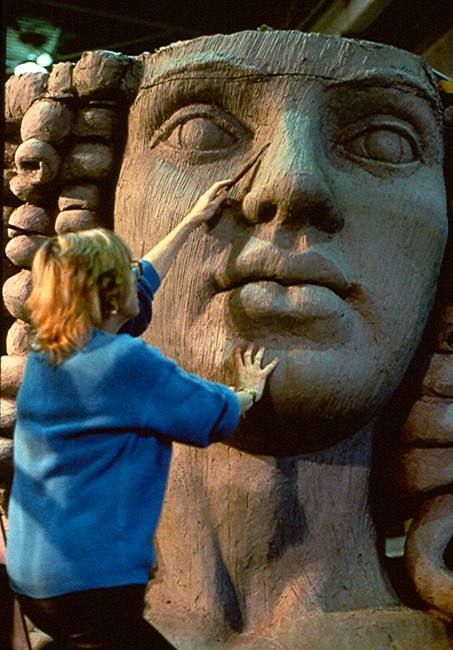 (S.D.N.Y. 2001), Audrey Flack, an artist commissioned to create a statute of Queen Catherine of Braganza, namesake of the borough of Queens in New York City, sued Friends of Queen Catherine, Inc. the non-profit organization managing the project.  Flack sculpture of the head of the statue was left outside and was damaged, and rather than paying Flack to resculpt the face, one of her assistants was hired to do the work, so the statute could be completed. The district court rejected the claim that leaving the model outside violated VARA because damage from the passage of time or the inherent nature of the materials is excluded.  The court also rejected that the repair of the model violated VARA because conservation is also excluded.
In Board of Managers of Soho International Arts Condominium v. City of 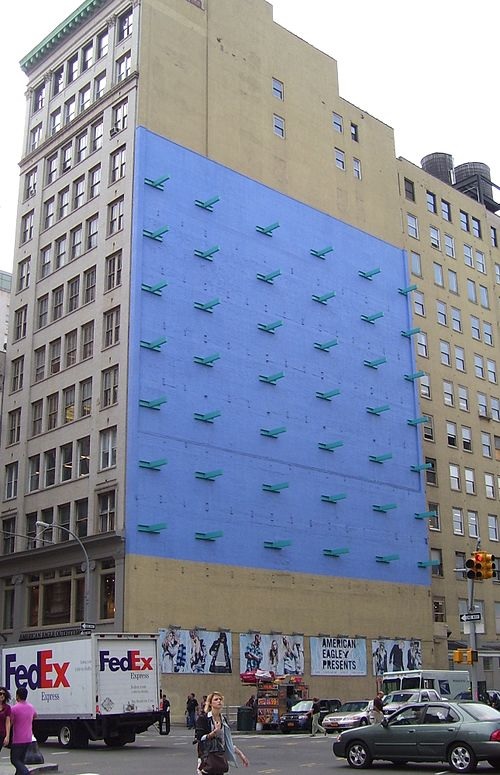 New York, 2003 WL 21403333 (S.D.N.Y. June 17, 2003) the district court denied the parties cross motions for summary judgment, noting that plaintiff failed to establish the sculpture was not removable from the building (and thus not protected under VARA), and defendant failed to established that it was removable (and thus entitled to limited production under VARA).  See Board of Managers of Soho Intern. Arts Condominium v. City of New York, 2005 WL 1153752, 75 U.S.P.Q.2d 1025 (S.D.N.Y. 2005).
In Cohen v. G & M Realty LP, 988 F.Supp.2d 212 (E.D.N.Y. 2003), the district court denied a preliminary injunction against the demolition of the buildings on which plaintiff’s aerosol artwork were created.

Fifth Circuit determined that a car-planter did not qualify as a “work of visual art” under the VARA, and thus was subject to regulation by the city. 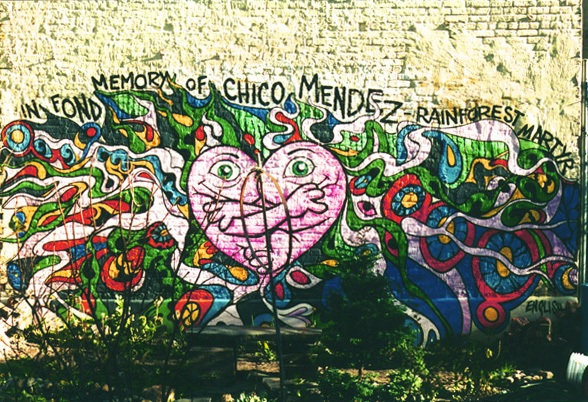 746444 (S.D.N.Y. 1997), the district court denied artist’s motion for preliminary injunction and granted the developer’s motion for summary judgment, finding that the murals were placed illegally on the property, and thus not entitled to protection under VARA.
In Leicester v. Warner Bros., 232 F.3d 1212 [57 U.S.P.Q.2d 1001] (9th

Cir. 2010), the Ninth Circuit determined that artist Andrew Leicesters contributions to the design of the streetscape around the 801 Tower in Los Angeles (featured in Batman Forever) became part of a unitary architectural work, and was not entitled to separate protection under VARA.
In Cheffins v. Stewart, 825 F.3d 588 [119 U.S.P.Q.2d 1094] (9th Cir. 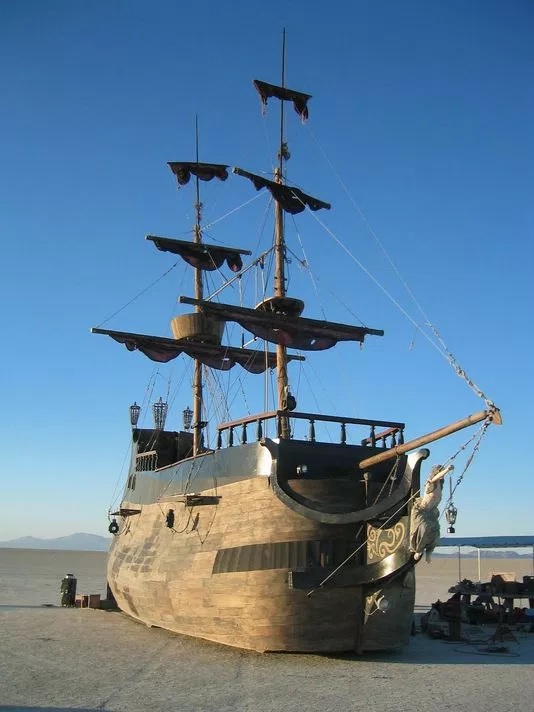 2016), the Ninth Circuit affirmed the determination that a mobile replica of 16th-century Spanish galleon, built from used school bus, was a work of applied art, and thus not protect by VARA, when it was burned by the owner of the land on which it was stored, so that the bus could be sold as scrap.
In Cort v. St. Paul Fire and Marine Ins. Companies, Inc., 311 F.3d 979 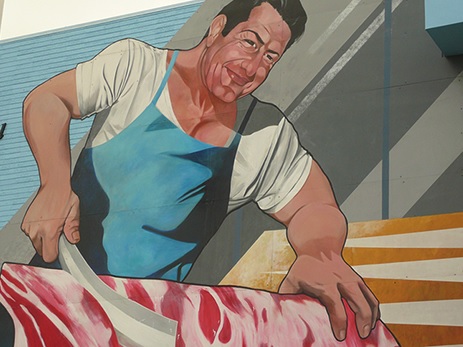 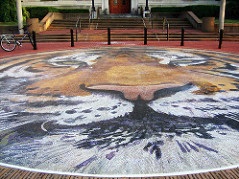 MJW] 2011 WL 5838432 (W.D. Mo. November 21, 2011), the district court denied the University’s motion to dismiss artist Paul Jackson’s VARA claims for mistreatment of his Tiger Spot mosaic installed on campus.
In Romero v. California Department of Transportation, [ 08–8047 PSG (FFMx)] 2009 WL 650629 (C.D.Cal. March 12, 2009), the district court granted CalDOT’s motion to dismiss Frank Romero’s VARA claim for painting over his “Going to the Olympics” mural rather than cleaning the graffiti from it.